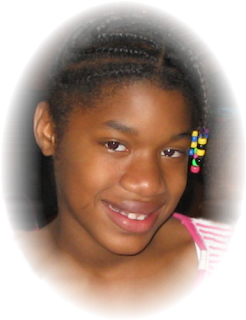 We are so proud of Marquel! At our house we have a special red dinner plate. When one of the kids has a special event to celebrate, such as birthdays, passing a test, or an exceptionally good report card, they get to eat off the red plate.

Last weekend Marquel was counting the money in her bank that she has earned for doing extra chores or given to her by wonderful friends for special occasions. As she was counting she asked me, "Miss Stephanie, will I still come to your house when I am in college?"

I was very touched by her question. Our sincere hope is that she will be able to attend college without the extra burden of being mother and supporter of their household as their father gets older.

5th grade tests include Science, which is one of Marquel's favorite subjects. We'll let you know how she does.

Annie's Math test will be the last week of April. Please keep her in your prayers!

PS. Results for the Survey question: Only 60% of Texas children pass the Math portion of the test. We are SO PROUD of our girls!
Posted by Stephanie at 10:11 AM 2 comments:

"Trouble the Water" on HBO 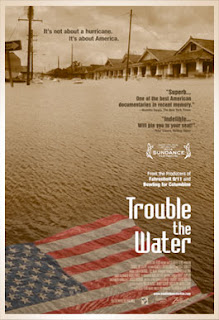 Last summer we saw this movie in the theatre. We had heard that it created a lot of buz at Sundance, won several awards, and was a Best Documentary nominee for an Academy Award. So we went out of curiosity more than anything.

It is the story of one couple with their video camera, capturing what came along for them during Hurricane Katrina. The raw footage is revealing and their calm spirits during those horrific days is uplifting.

We came away from this movie moved by the tenacity of the people, disturbed by some of the events that they captured, and uplifted by this couple's enormous desire to get their life back. We were also saddened at their loss, not only of home and belongings, but of their entire community, which to them was their extended family in many ways.

This movie will be shown on HBO on Thursday, April 23rd at 8:30 PM ET/PT
http://www.troublethewaterfilm.com

I thought you might like to know, and be able to watch it if you so desire. I do recommend it!
Until next time!
Stephanie
Posted by Stephanie at 8:48 AM No comments: 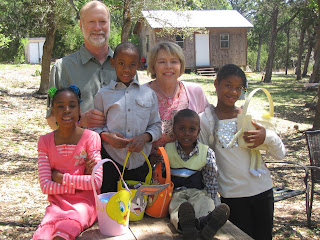 The kids were thrilled to spend a long Easter weekend with their favorite "aunt and uncle", Randy's sister Deb and her husband Bryce.

We hate to complain about rain when we are in such a draught, but we were sure glad to see the sun come out Sunday morning! When we got home from church, the Easter Bunny (AKA Teresa) had found our house and left eggs all over the yard. 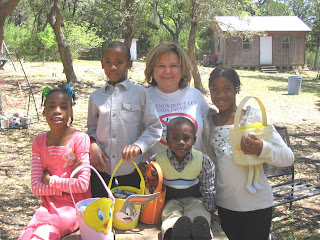 If any of the kids doubt the existence of the Easter Bunny or Santa, they don't let it show. We feel that Marquel and Annie missed out on so much of their childhood, just being allowed to enjoy the innocent fun things, that they want to hold on to these fun times as long as they can. The Easter baskets that we got them 2 years ago have been used and reused - they even use them for Halloween! 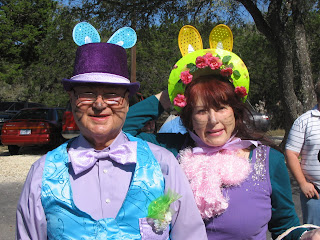 And a special thanks to Leigh and Ed for including the kids in their fun! What great memories everyone is creating for these kids.
The long weekend was a welcome break from studying for tests. But then, studying Math with Miss Debbie is much more fun! Marquel has taken her Math test, and Annie is cramming for her test the end of April.
Hoping you all had a great Easter weekend!
Stephanie

Posted by Stephanie at 10:47 AM No comments: